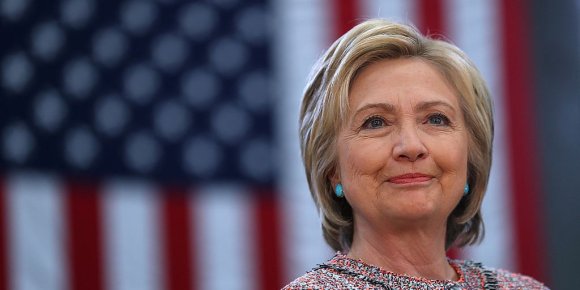 “Women, like men, should try to do the impossible, and when they fail, their failure should be a challenge to others.” —Amelia Earhart

By this time next week, my jet lag will have mostly abated and I will be ready to spend the weekend catching up with my friends in New York. Whether the shock of yesterday morning’s election result has passed will be another matter entirely.

On Monday afternoon, I remarked cynically to a colleague that tomorrow we’d have a President-elect Trump. She laughed and said that outcome was highly unlikely, that America would do the right thing. I almost bet her £10 on it, but something within me stopped the words from forming. At that moment, the tiny flicker of hope I had for the voting population of America to do the right thing was still burning, so I grimaced comically and said nothing. The bruises we Brits sustained after the EU Referendum had faded from purple, to green, to light brown. The sangfroid was tangible now. People were more interested in whether Prince Harry’s girlfriend was fancy enough. Or perhaps they were mostly concerned, given recent revelations, whether she was white enough.

I didn’t cry when I realised Senator Clinton had lost, at 6am GMT. Perhaps Brexit had shocked my system more than I realised, and I wasn’t capable. Perhaps I was too exhausted to muster the appropriate reaction. In reality, I suspect that I already knew she would lose because of the undeniable fact that in 2016, women are still seen as second-class citizens. We do the same jobs, but we still get paid less. If the nursery calls us in the middle of the working day to say the baby scraped his leg, you know for certain they didn’t call Daddy first. If we are raped, there’s little hope our attackers will be put in jail. If anything has come out of this election, it’s that we have a long way to go in terms of equality, both domestic and professional.

The alarmingly high number of white women who voted for Donald Trump this week has been bothering me for nearly two days now, and I’m trying to get my head around it. Of every demographic, this percentage – 53% for Trump – was the most shocking. Were they all in the kitchen baking pies for their husbands when the ‘Access Hollywood’ tapes made headline news? Did their parents not tell them, when they were little girls, that they could grow up to be anything they wanted? Do they really hate their own gender that fucking much?

Growing up as a cis middle-class female of mixed European heritage, I often wondered if the problem was actually us. Do we put these higher expectations on ourselves? I’m conscious of the fact that in many areas of business, women seem to have a point to prove, some kind of agenda. I’ve dealt with women in senior positions who came across as acutely aggressive, brusque and rude. I almost exclusively gravitate towards male mentors, because they seem fairer, less emotional. It feels deeply personal when an older woman is telling you you’re doing a shit job. As my experience in the workforce grew, I began to see that perhaps the reason these women were senior was because they had previously had to tone down their ‘feminine’ characteristics in an inherently male environment. Maybe they were actually on my side, trying hard to survive in an environment where they were working doubly hard, trying to reach that higher bar.

In nearly all aspects of life, the bar for women is set that bit higher than for a man. Today is equal pay day, the point at which in a calendar year women earn the same as their male counterparts. Between now and 31 December, women effectively earn nothing at all. I am approaching my late twenties, which means I am regularly working with much younger women who are just starting out in their careers. Certainly when I was a secondary school teacher, I was in a position of responsibility, and a role model for girls making sense of the world around them. While very occasionally, and on a particularly bad day, I might quietly begrudge that 17-year old with perfect skin and a body slim enough to fit into clothes smaller than a size 12, I wouldn’t dream of letting it affect how I treated her. Women have it hard enough without us giving each other a hard time.

This is why I am disgusted with the 53%. Those women that, for reasons which we will probably never know, felt that they would be better represented by a man who would assault them, deny them an abortion, throw them in jail and call them a fat c*nt on national television than a woman who wanted cheaper college tuition, universal healthcare and equal rights for all genders. Hillary would’ve been the most senior politician in the world, and maybe her manner wasn’t what you were used to, but she was on your side. Perhaps those women hated her because they never got those nice things a First Lady might experience. Their husbands didn’t support their careers, they wanted them at home. They couldn’t send their kids to an Ivy League college. They couldn’t afford a designer pantsuit. Perhaps this is about a different kind of privilege enjoyed by a very small number of upper middle-class white women that those of lower socioeconomic status know they will never have, or missed out on because they sacrificed their career to have a family. Women figuratively and literally can’t win.

But by voting for Trump – or not voting at all – women in America have put their own rights back fifty years. The real tragedy is that women of colour and the poorest in society will be the ones who suffer most in the next four years. The 53% will go back to their wood-panelled kitchens and bake another pie, and say they are glad that awful woman lost. Whether it was to do with jealousy, disillusionment or apathy towards their own progress, I will never fully understand.

Men, I’m afraid it’s up to you now. You retain the deciding vote when it comes to matters of the state. We need you to stand up and tell us you love us because we are smart, and because we are creative, not because we serve some kind of decorative purpose. It’s unwise to say that women and men are the same; we are different in nearly every way. But let us into your world. We have worked hard. We want to take some of the pressure off you so that you can, if you want to, take more of a role in raising our children. The kids will love you for that. So will we.

Believe us when we talk about our sexual assaults. Take them seriously. It’s uncomfortable, but it’s time to start hearing about them. Nobody wants to watch the news and experience panic attacks for the first time in their life remembering things they have spent hours in counselling attempting to deal with. Nobody wants their boyfriend to promise he “won’t treat you like he did” and then immediately go on to treat you exactly like he did.

I hope that when I land in the US next week, I remember the great country I love. I expect my American friends to tell me they aren’t giving up their fight against hate, despite their disappointment. That flicker of hope is still within me. Once your bruises have healed, I hope it’s still in you.

This site uses Akismet to reduce spam. Learn how your comment data is processed.